Bordeaux 2017 en primeur scores are now out from Julia Harding MW for JancisRobinson.com – our UK partner critic (Jancis Robinson herself was kept in London updating the World Atlas of Wine for its next, eighth edition). 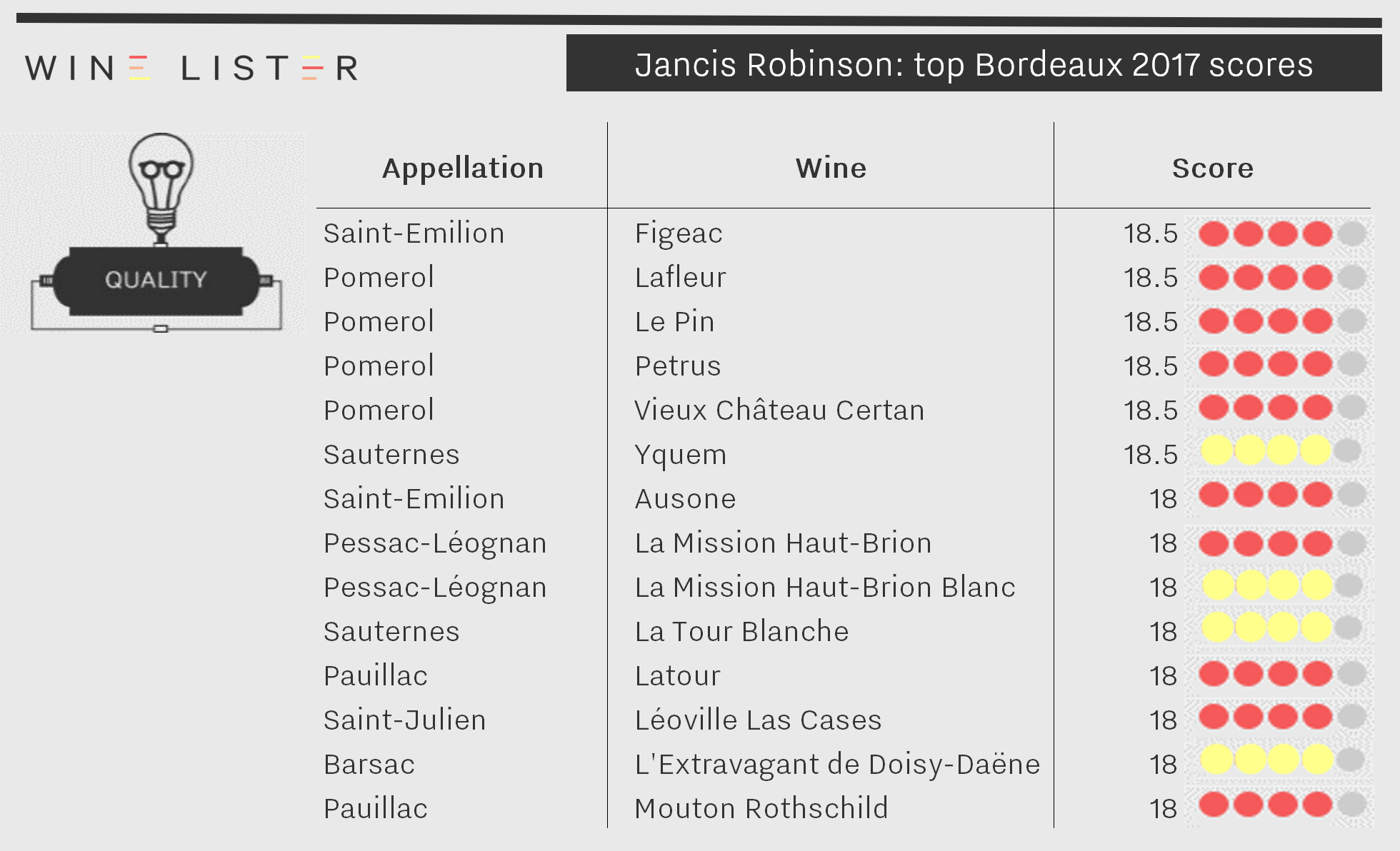 Harding awarded 14 wines a score of 18 or above, with Pomerol the most featured appellation at the top of her scoreboard. Lafleur, Le Pin, Petrus, and Vieux Château Certan all scored 18.5, the highest score given by Harding to any Bordeaux 2017 (while last year Robinson granted seven 2016 Bordeaux 19 points, including four of Harding’s favourites this year).

The only other wine to score 18.5 is the king of Sauternes, Yquem. As we saw in yesterday’s blog summing up Bettane+Desseauve’s top scores, 2017 is successful vintage for sweet whites. Harding’s top wines include La Tour Blanche and Doisy Daëne’s tiny production Barsac – already released at £140 per half bottle – L’Extravagant.

All these scores are now live on the wine pages of our website for subscribers to view (alongside those of Bettane+Desseauve), with links through to Harding’s tasting notes on JancisRobinson.com. Read Jancis Robinson’s extensive Bordeaux 2017 coverage here.

Neal Martin’s and Antonio Galloni’s scores will be added on Tuesday and Thursday respectively.

Bettane+Desseauve’s top Bordeaux 2017 scores
Saint-Estèphe: An appellation on the rise