Saving some of the best until last?

The final stretch of en primeur releases came yesterday – Tuesday 23rd June (excepting Petrus and Le Pin, which are generally always released at the end of the campaign).

First out of the blocks was the en primeur darling, Les Carmes Haut-Brion. Wine Lister’s CEO, Ella Lister, believes Director, Guillaume Pouthier and his team have produced another stunning effort in 2019, continuing their streak of achieving consistently high scores from critics since the 2014 vintage. She names the wine “heady” and “hypnotising” with aromas of “dark fruit, graphite, and mature roses” on the nose. On the palate she describes the wine as “silky, seductive, and generous”, adding that it is “incredibly pure”.

Aside from Les Carmes Haut-Brion’s clear qualitative success, the additional factors of its small production levels and smart en primeur pricing once again make it one of the most obvious buys of the campaign. One top UK merchant tells me, “we sold out in a matter of seconds”. The bittersweet irony of its huge demand is, of course, that it is reserved only for the lucky few. Indeed, its popularity has soared since the release of the 2016 vintage, which has more than doubled its price since. Its impressive price performance post en primeur release (the 2019 released at £58, 28% below the current price of the 2018) is the cherry on Bordeaux buyers’ favourite cake – Les Carmes Haut-Brion is, perhaps unsurprisingly, the number one Bordeaux wine voted by the trade to have seen the sharpest rise in demand, as shown in the chart below. 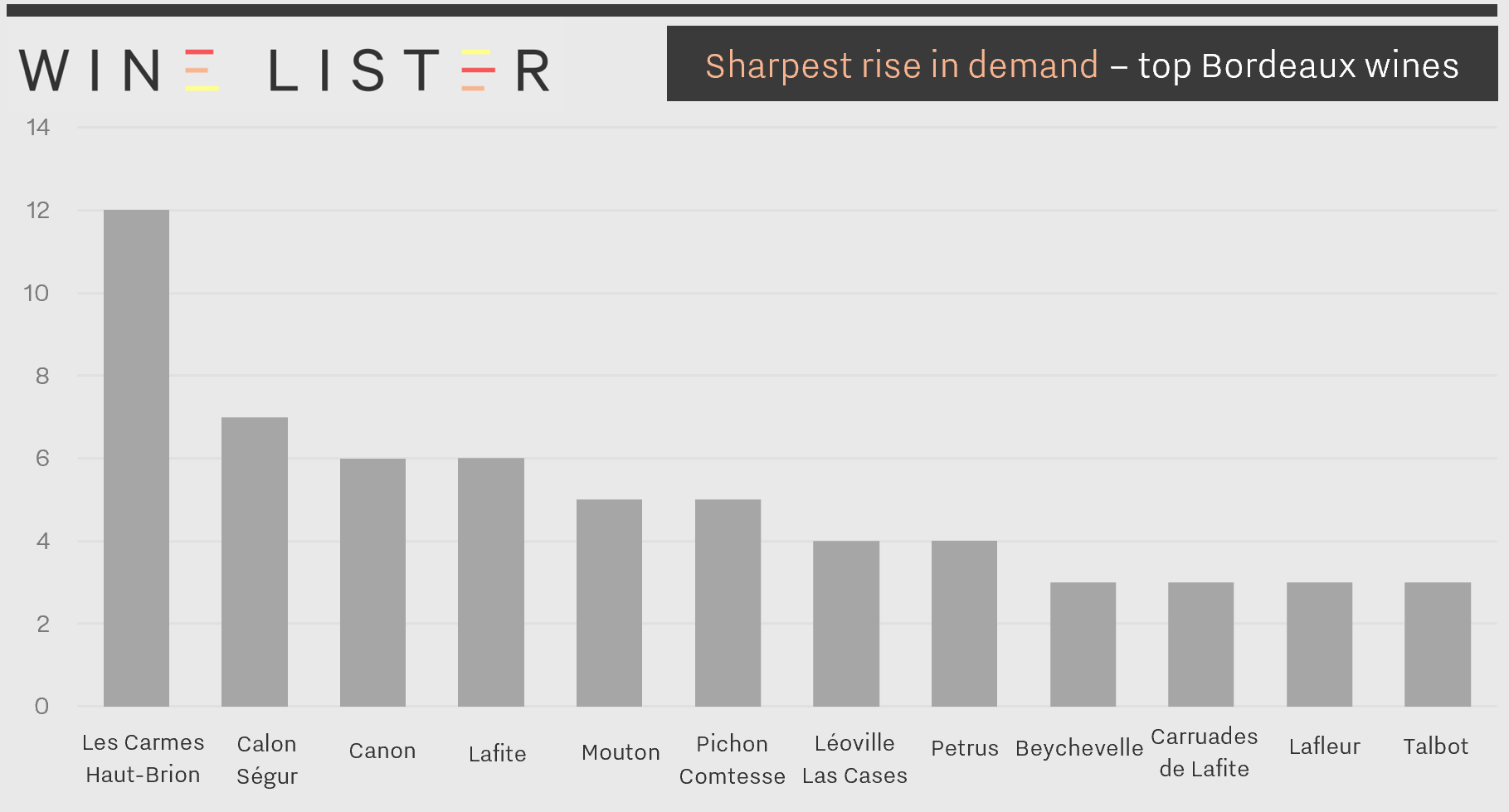 Joining the fray of hot ticket releases from yesterday was Vieux Château Certan. Wine Lister partner critics were collectively impressed with the 2019, placing its quality on par with the 2018 (which achieves a WL score of 96). Writing for JancisRobinson.com, James Lawther describes the 2019 as a “classic VCC”, while Neal Martin for Vinous hails it a “brilliant follow-up to the 2018”. Releasing at £177 per bottle (in-bond), the latest vintage comes onto the market 20% below the current market price of the 2018. 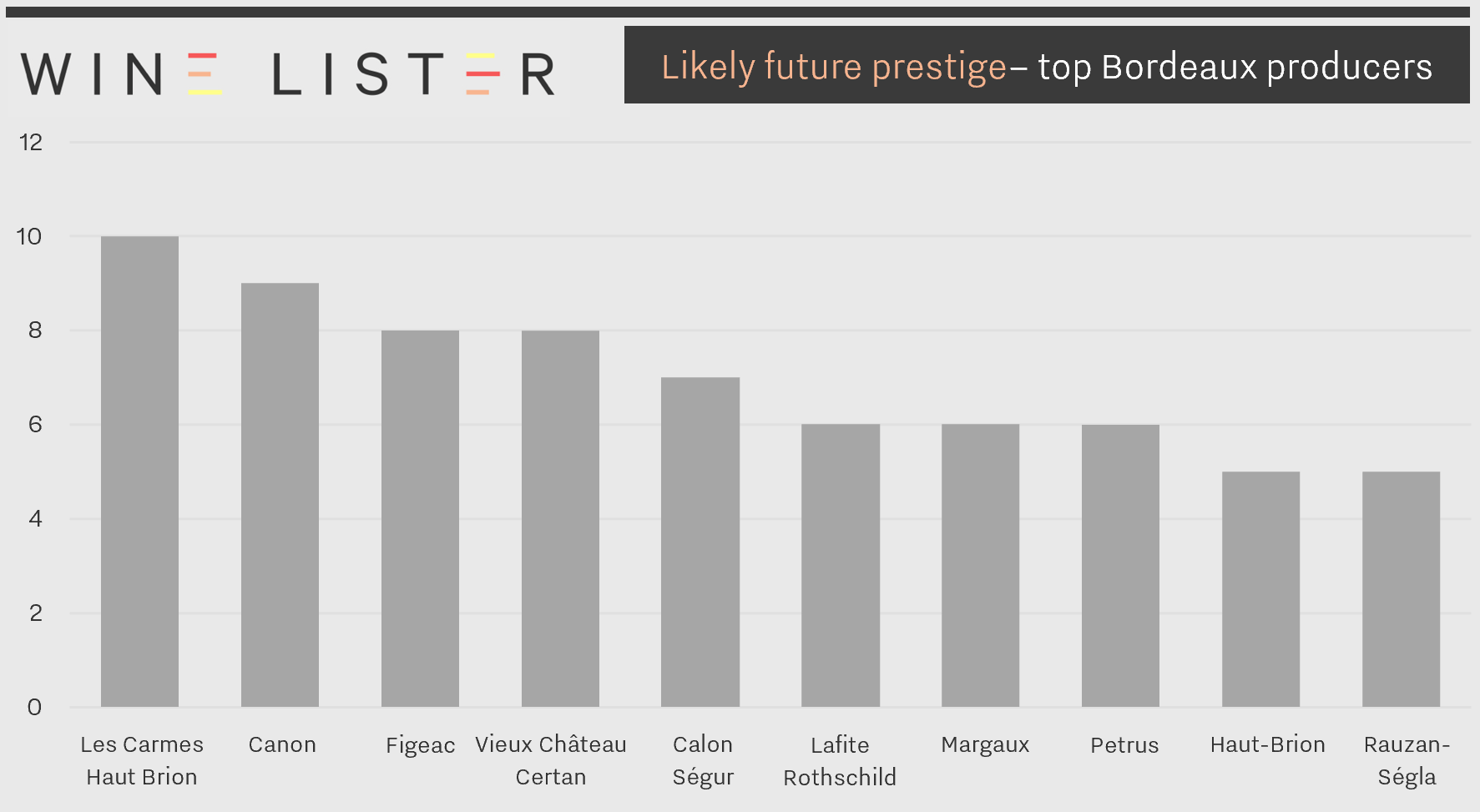 Four releases from Tuesday 23rd June land within the top 10 Bordeaux wines to be voted by key members of the trade as most likely to see future prestige – Les Carmes Haut-Brion, Vieux Château Certan, Canon, and Rauzan-Ségla.

Chanel siblings Canon and Rauzan-Ségla also released their 2019s onto the market yesterday, adding weight to a day full of releases set for bright futures (see image above).

Saint-Émilion star, Canon, released its 2019 to the market at £73 per bottle (in-bond) – 23% below current prices of the 2018 and 2016 vintages. The Canon team characterise 2019 as a “metronome” vintage, referring presumably to the swinging back and forth between climatic extremes. The wet spring and the risk of frost, followed by the strong heat of the summer resulted finally in a perfect finish to the vineyard cycle at the time of harvest, and a wine that sings at perfect pitch. Lister describes Canon 2019 as a “sweet, seductive temptress”, with “voluptuous, racy acidity”, which Director Nicolas Audebert tells us, “2019 is a combination of 2015 and 2016”.

Canon’s Margaux sister, Rauzan-Ségla, also joined the stage, at £57 per bottle (in-bond). A “luscious”, and “lithe” wine, Lister notes the 2019 has “melting fruit, from red to black and back”, and a “toasty, flirty, refined length”. Entering the market 34% below the current price of the 2018 vintage, and offering the second most generous discount on 2018 market prices of the entire campaign (behind only Lafleur), this is sure to see high levels of demand. 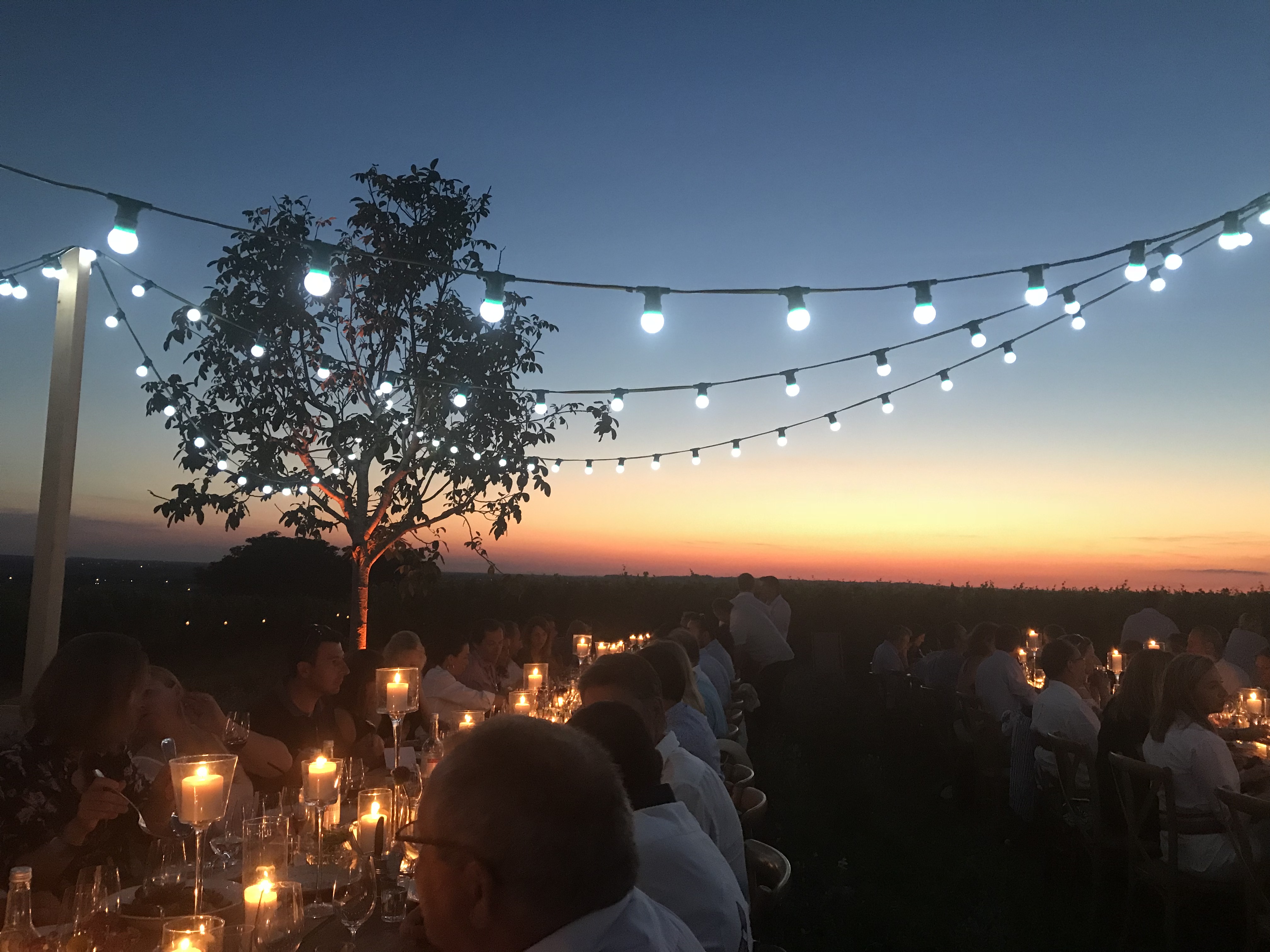 A different time – a throwback to 2018 and a celebration at Château Berliquet, of its acquisition by the Chanel group.

The Chanel group’s new baby, Berliquet, is also growing up fast, releasing its 2019 at £34 per bottle (in-bond). Lister describes “ripe, juicy strawberries” on the nose, adding that it is “very complete, accomplished, and reassuring, with a mineral lift”. On the palate, she finds Berliquet 2019 “rich, full, but very clean-lined”, with “lovely acidity which brings out definition on the finish”. Judging by the immense success of its big siblings, Berliquet has a bright future ahead, and the 2019 is worth snapping up.

En primeur latest – packed with potential
Which Bordeaux brands do the trade back in 2020?