Seven points behind in second place is the Barbaresco Asili Riserva from Giacosa’s Azienda Agricola Falletto, with an Economics score of 971. Just one point behind that, in third place, with an Economics score of 970, Giacomo Conterno’s second wine to make the top five is the Barolo (Cascina) Francia. Following a slump in its score at the end of 2016, it bounced back January and continued to rise throughout the year. 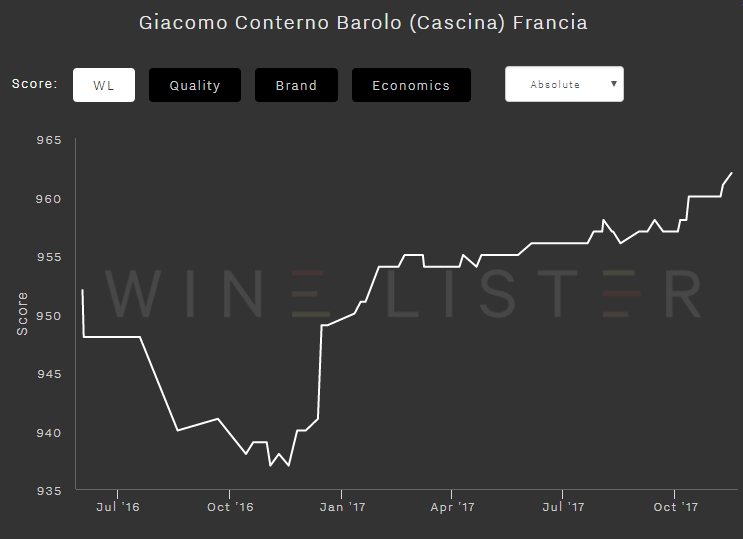 Giacosa’s Azienda Agricola Falletto Barbaresco Rabajà is fourth-highest with a score of 963. This wine has the strongest three-year CAGR of the group, at 27.5%.

Bruno Giacosa’s third entry, completing the top five with an Economics score of 963, is his Barolo Rocche Falletto Riserva. It has the highest liquidity of the group, with 500 bottles of its top five vintages traded in the past year. 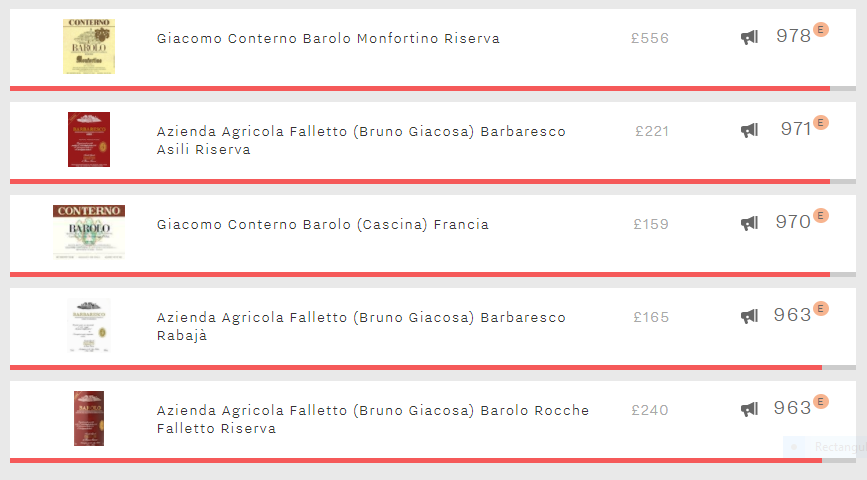 All of the top five hold Buzz Brand status, but their soaring prices equate to lower price stability across the group, averaging 8.6% standard deviation compared to 7.1% for the top five Tuscan wines by Economics score. Piedmont might offer more potential upside, but by definition this makes it riskier investment territory.