He was particularly impressed by Château Pichon Longueville Comtesse de Lalande, which he found “a deeply emotional, moving wine.” He also had his head turned by Saint-Emilion premier grand cru classé A, Château Pavie, which has shifted towards a more elegant style since 2014, and particularly this year, when Galloni calls it “seamless, sumptuous and super-expressive.” 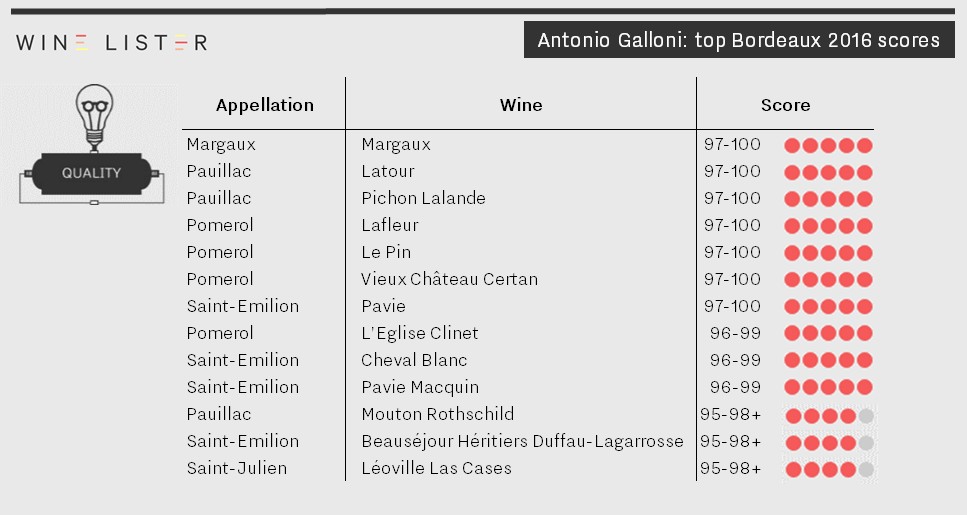 After waxing lyrical about many of the wines from the 2016 vintage, Galloni turns his attention to the campaign, and to pricing, echoing the positive signs discussed in our recent blog post on this topic. Galloni concludes that given the quality of the vintage, “if the 2016s do not sell well, it will be a damning indictment that one or more things is seriously wrong with how the wines are sold.”

Galloni also appeared on Bloomberg TV to discuss whether 2016 is the Bordeaux vintage of the century. Watch his interview here.