Wine Lister recently teamed up with 67 Pall Mall for a vertical tasting of five d’Issan vintages led by owner, Emmanuel Cruse, and Commercial Director, Augustin Lacaille. Last Wednesday, Emmanuel transported over 60 members of the UK fine wine trade and press to the historic Margaux property, guiding them through four of his favourite recent vintages: 2000, 2005, 2010, and 2015. 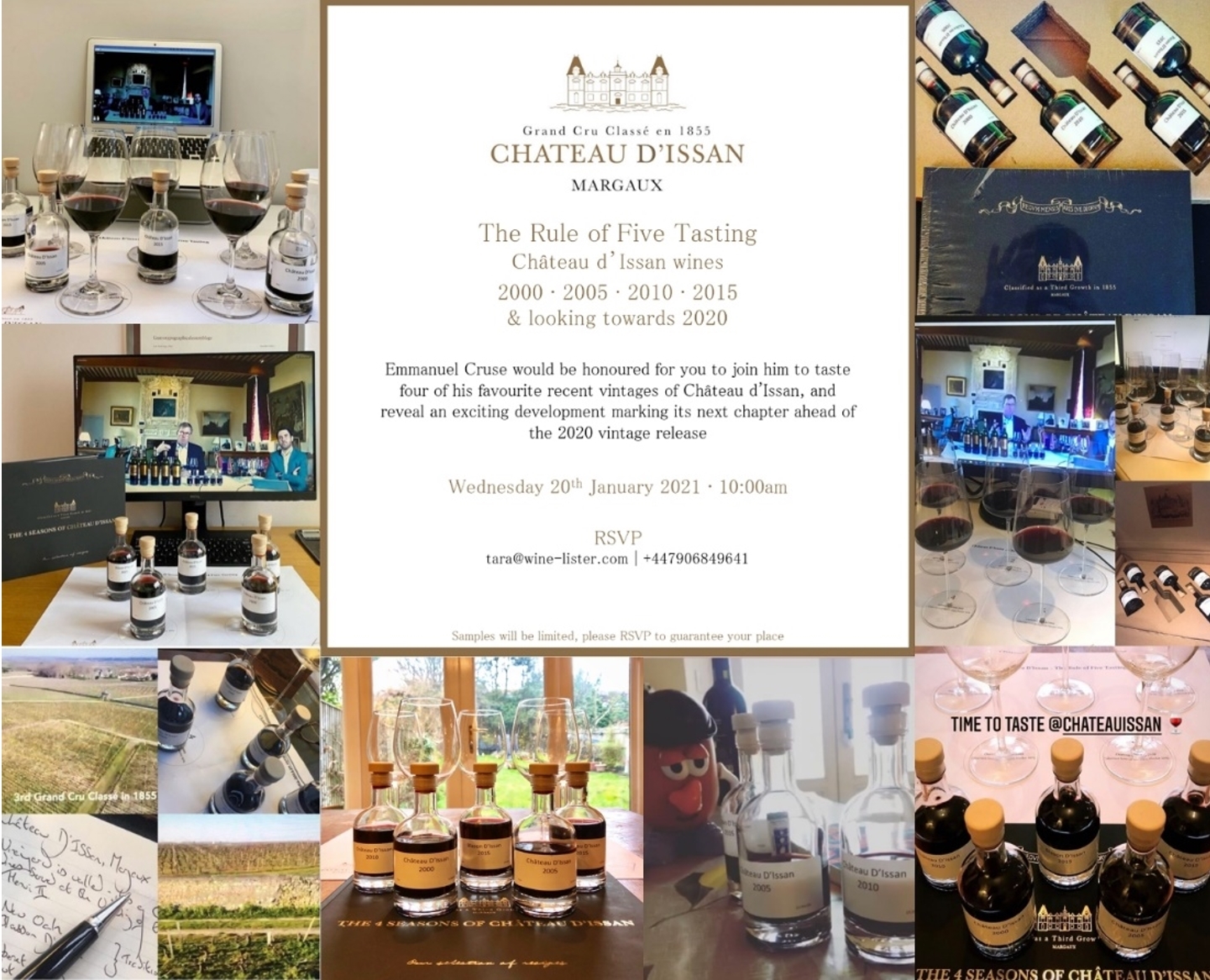 Tasting kits were accompanied by individual copies of The Four Seasons of Château d’Issan – a cookbook assembled by the property’s head chef, Frédéric Braud, with seasonal recipes from a year in the kitchen at d’Issan. Following a short introduction video including aerial scenes of the château and close-ups on its vines, Emmanuel commenced the vertical tasting with the 2000 vintage.

Having taken over as managing director in 1998, he proclaimed that the 2000 was the last “old school” d’Issan. Indeed, the property’s winery has since been almost entirely rebuilt, with a new cellar inaugurated in 2002. The vintage marks the last to be composed of 70% Cabernet Sauvignon and 30% Merlot, the Cabernet proportion being decreased to 60% in 2005.

Emmanuel was not shy in praising the 2005 d’Issan, calling it “the first great vintage” under his watch. He notes there was “perfect weather all year”, recounting how the summer was so warm that the pickers all worked in swimsuits, leading to abnormally regular visits from inquisitive négociants.

According to Emmanuel, 2010 is “from a technical perspective, maybe the best ever vintage made in Bordeaux”. The year had an excellent growing season, void of the hailstorms that had blighted d’Issan in 2008 and 2009. He informed us that the year was also personally special to him, marking the year he married his wife, Virginie. While still on the younger side, Emmanuel suggests decanting the 2010 for three hours ahead of its enjoyment.

The tasting concluded with the 2015 vintages of the property’s Grand Vin and its second wine, Blason d’Issan. Emmanuel stated that it was a broadly excellent year for Bordeaux, and specifically Margaux, which received “less rain than other appellations in the Medoc”. The ratios shifted slightly more towards Cabernet Sauvignon in 2015, which makes up 65% of the blend – Emmanuel’s personal preference.

Hailing from the estate’s younger vines, which are around 15-20 years old, Blason comprises 60% Cabernet Sauvignon in 2015. Emmanuel specifies the same winemaking practices are applied to the second wine, which he hopes to be “an introduction to the flagship”. 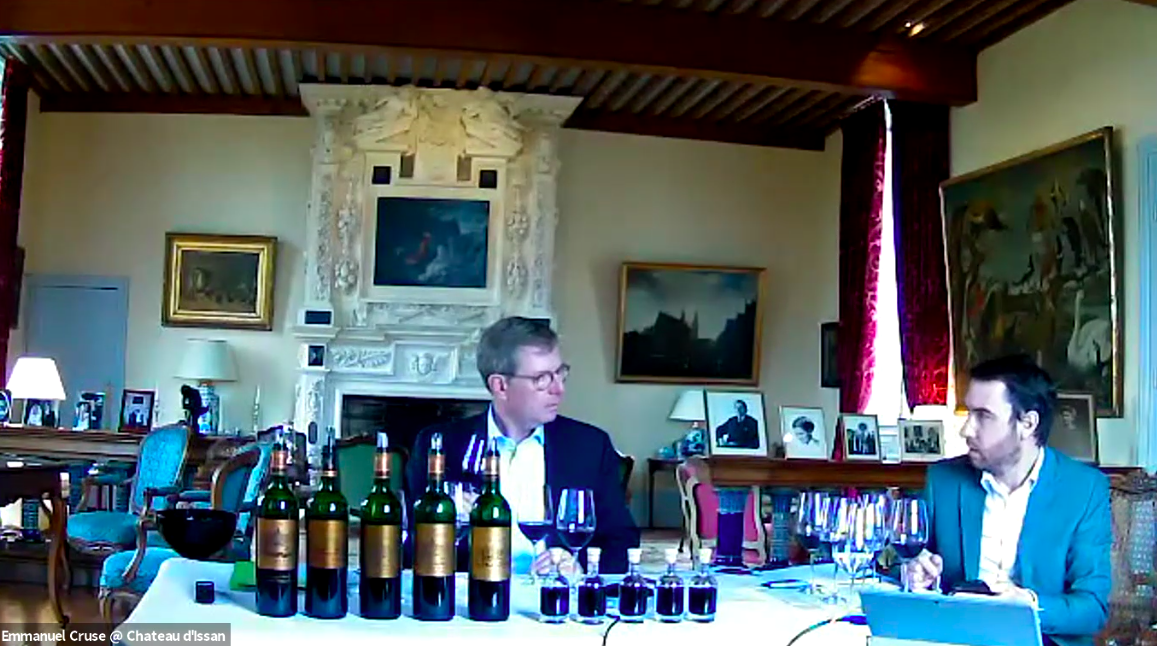 D’Issan 2020 will be released en primeur this year, and we look forward to finding out what the latest edition of “The Rule of Five” will bring – especially since the property’s acquisition of neighbouring Cabernet Franc and Petit Verdot vineyards in March 2020. While the official blend for the 2020 vintage has not been finalised, Emmanuel is sure that the added varietals will be a “real plus”. If the serendipitous pattern of five is anything to go by, especially with the excellent growing season in 2020, the “rule” has every chance of continuing to reign.

For more information on our organisation of virtual tastings and events, please contact the WL PR team here.