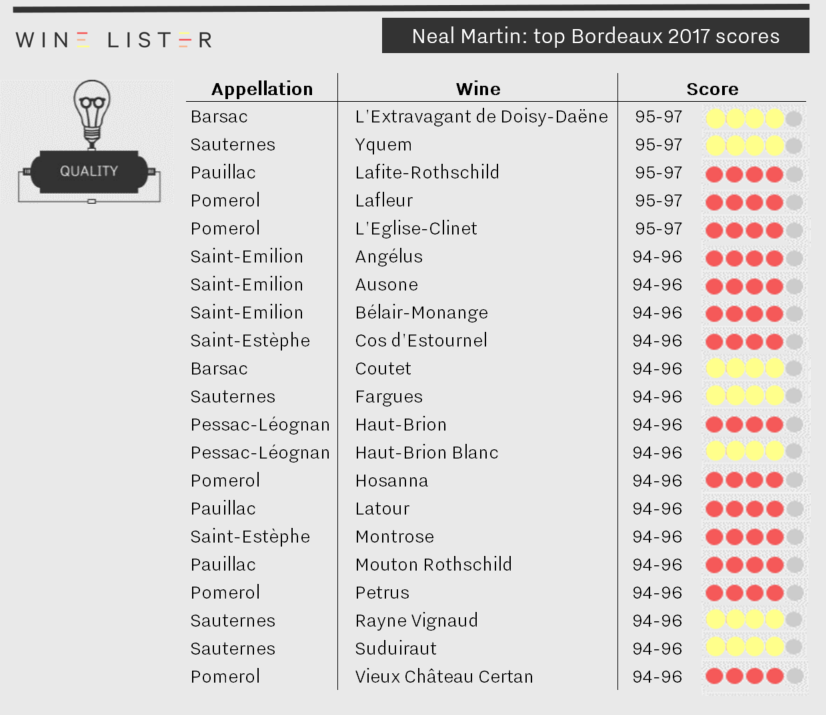 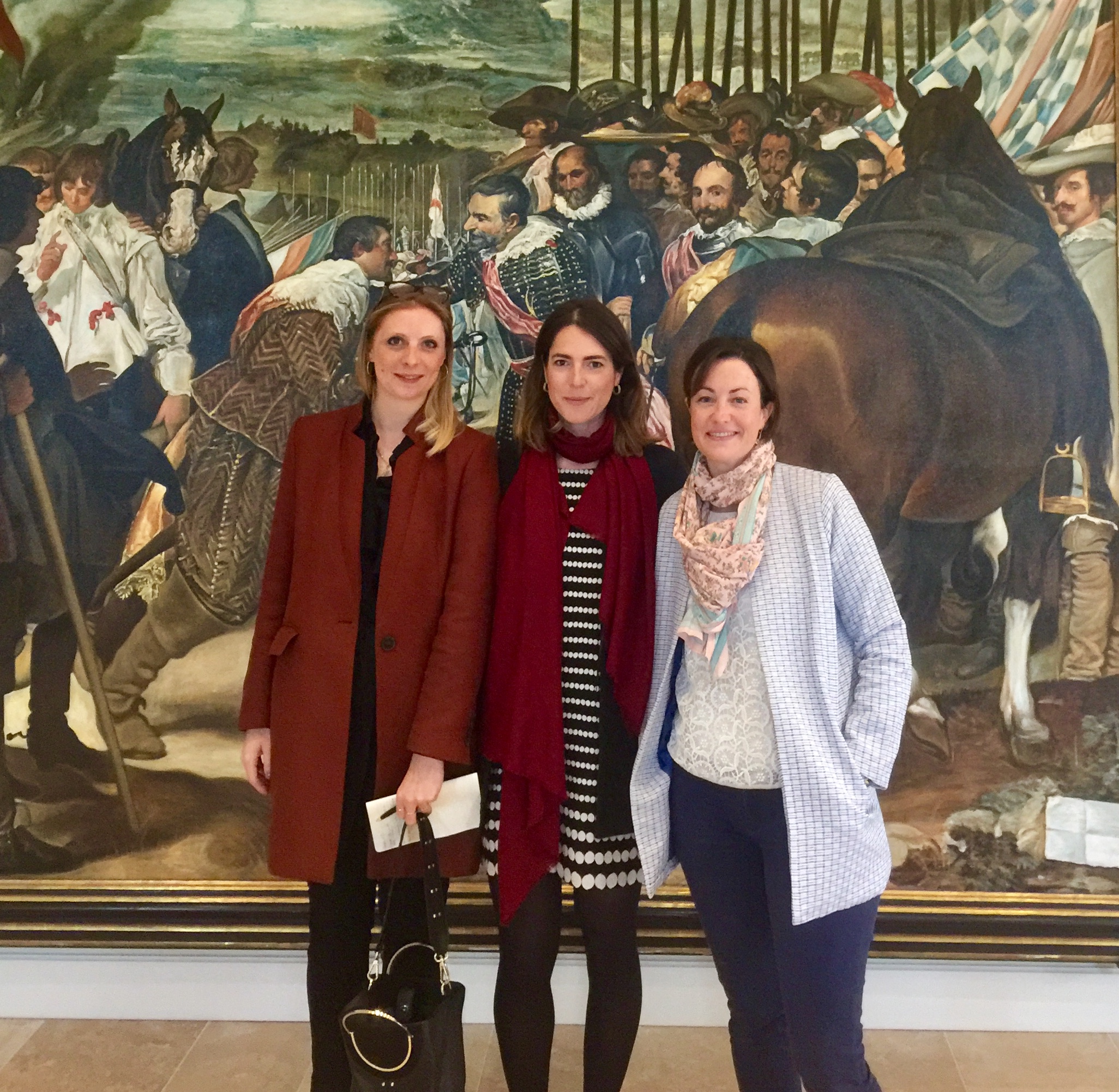 Christmas is a time of tradition. Whether we like it or not, we tend to spend each year doing, eating, and drinking the same as we did the year before. Whilst everybody’s idea of Christmas will be personal, usually based on childhood memories, there are clearly a shared set of rituals that most of tend to follow: mince pies, turkey or goose, crackers, Christmas pudding. There are also certain styles of wine that we associate with Christmas (though these associations are probably not based on childhood memories!). We decided to look a bit further into the online popularity of specific regions and styles of wine to determine whether in fact we do all drink the same things over the festive season. 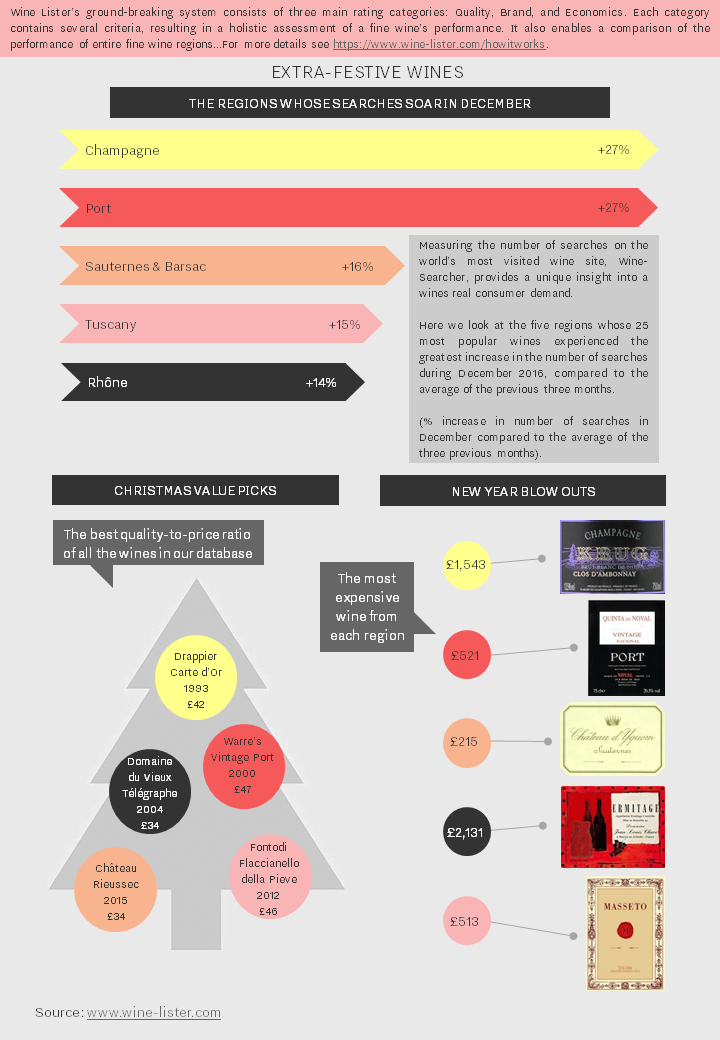 Comparing the search frequency of each region’s 25 most popular wines on Wine-Searcher during December 2016 compared to the average of the previous three months, the results are conclusive. Champagne and Port both enjoyed a dramatic surge in popularity – receiving over a quarter more searches during December. Whilst Port’s dramatic increase in online search frequency was presumably because it is the classic accompaniment to another festive favourite – Stilton – Champagne’s seasonal rise in popularity must be because it is not just the tipple of choice at Christmas parties, but also at New Year’s celebrations.

It seems that we also tend to favour the sweet whites of Sauternes and Barsac over Christmas, their 25 most popular wines enjoying a 16% increase in online search frequency. When it comes to dry reds, we appear to gravitate towards hearty styles at this time of year, with Tuscany and the Rhône also experiencing noticeable boosts in online popularity (up 15% and 14% respectively).

If you haven’t yet stocked up on those perennial favourites, Wine Lister’s Value Pick search tool can help you effortlessly find top Quality at a reasonable price. Each of our Christmas Value Picks achieves an outstanding Quality score of at least 965, putting them amongst the very best on Wine Lister. With the most expensive – Warre’s Vintage Port 2000 – available for as little as £47, they represent remarkable value.

If you are after a really special bottle for New Year’s, then we also show the most expensive wine from each region. Each of these wines qualify as Wine Lister Buzz Brands, and is sure to help start 2018 with a bang. 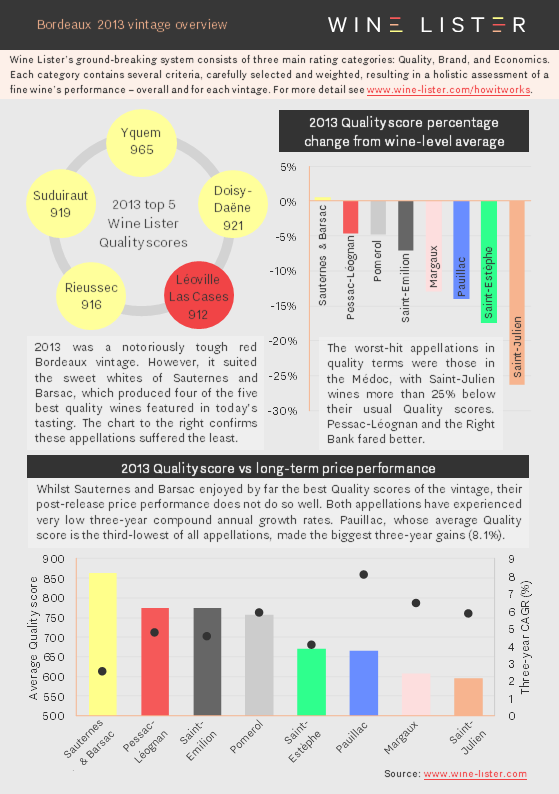 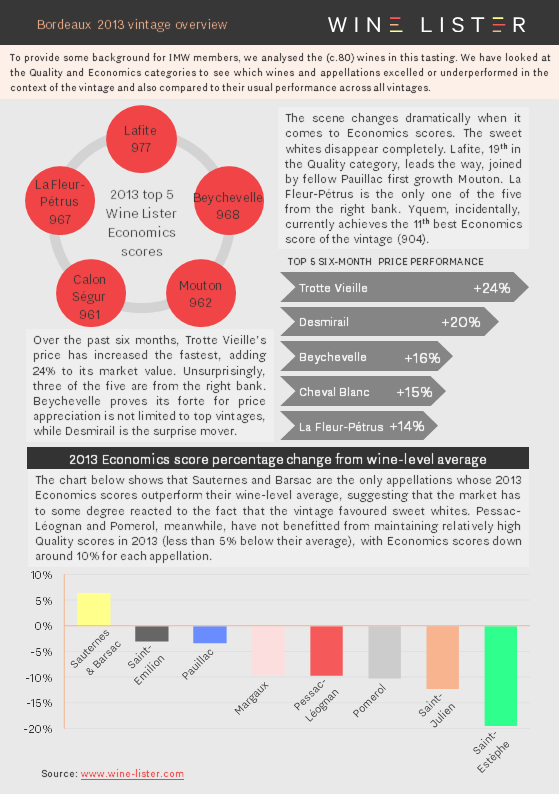 The latest price data is in, enabling Wine Lister’s algorithm to award new Value Pick status to those wines that achieve the best quality to price ratio (with a proprietary weighting giving more importance to quality, thus allowing the finest wines a look-in). 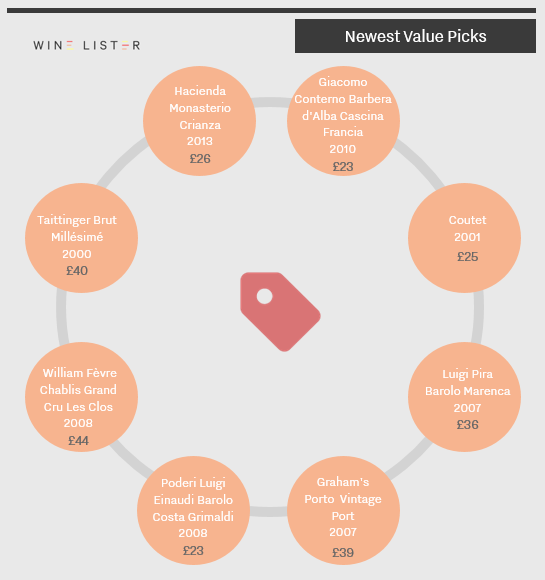 This month, the new Value Picks include a Champagne, a Port, and a sweet white Bordeaux, but it is Piedmont that dominates, with three of its wines achieving Value Pick status: Poderi Luigi Einaudi Barolo Costa Grimaldi 2008, Luigi Pira Barolo Marenca 2007 and Giacomo Conterno Barbera d’Alba Cascina Francia 2010.

Each wine is priced at £44 per bottle or less – with half under £30 – and all have impressive Quality scores (based on ratings from our three partner critics) of 845 or above.

Prices per bottle are provided by our price partner, Wine Owners, whose own proprietary algorithms process millions of rows of incoming price data from Wine-Searcher to calculate a more realistic market level price – the price at which a wine is likely to find a ready buyer – based on market supply and spread models. As lower retail prices are likely to sell first, the prices you see on Wine Lister may be below the Wine-Searcher average in some instances.

Wouldn’t it be brilliant if there was a tool to help you work out which wines represent the best value for money?  Well look no further; our Value Pick indicator algorithm puts that knowledge at your fingertips.

Analysing the very latest price data and reviews from our partner critics, Wine Lister’s algorithm awards Value Pick status to those wines that achieve the best quality to price ratio (with a proprietary weighting giving more importance to quality, thus allowing the finest wines a look-in).  Crucially, Value Picks are awarded at vintage not wine level. 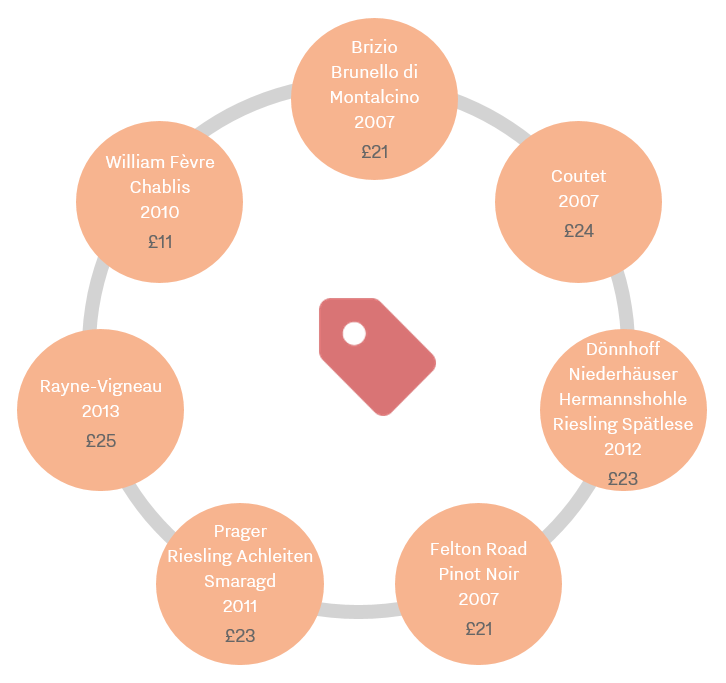 Wine Lister’s prices per bottle are provided by our price partner, Wine Owners, whose own proprietary algorithms process millions of rows of incoming price data from Wine-Searcher to calculate a more realistic Market Level price – the price at which a wine is likely to find a ready buyer – based on market supply and spread models.  Wine Owners believe lower retail prices will sell first, hence their price may be below the Wine-Searcher average in some instances.  As you can see, using this method, each of the new Value Picks is priced at £25 or under, with the cheapest costing just £11 (excluding tax).

Furthermore, other than William Fèvre Chablis (64/100), all of these wines have an average critic score of 74-77/100 on Wine Lister’s rebased, calibrated scale (where any score above the average of 40-60/100 is strong).  Underlining their appellations’ reputation for excellent value, two sweet white Bordeaux feature in the list: Coutet Premier Cru 2007, from Barsac, and Rayne-Vigneau Premier Cru 2013, from Sauternes.  Each earning an average critic score of 77 and with plenty of life still in them, these represent remarkable value for money.