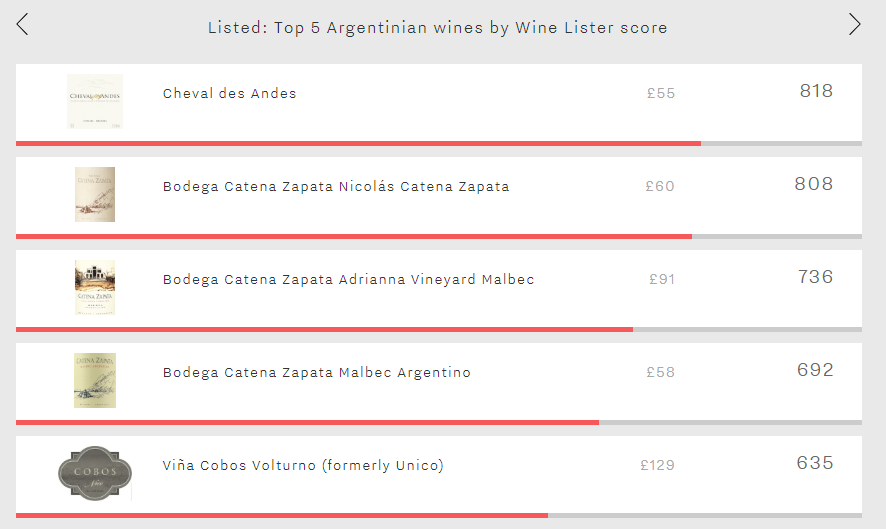 This week’s Listed section ventures out from the Old World to look at Argentina’s top five brands. Wine Lister’s Brand score measures a wine’s performance across two criteria – restaurant presence and online popularity. The five Argentine wines, from three producers, all achieve scores that are either strong or very strong on Wine Lister’s scale, indicating that South America’s strongest brands are now established on the global fine wine market. 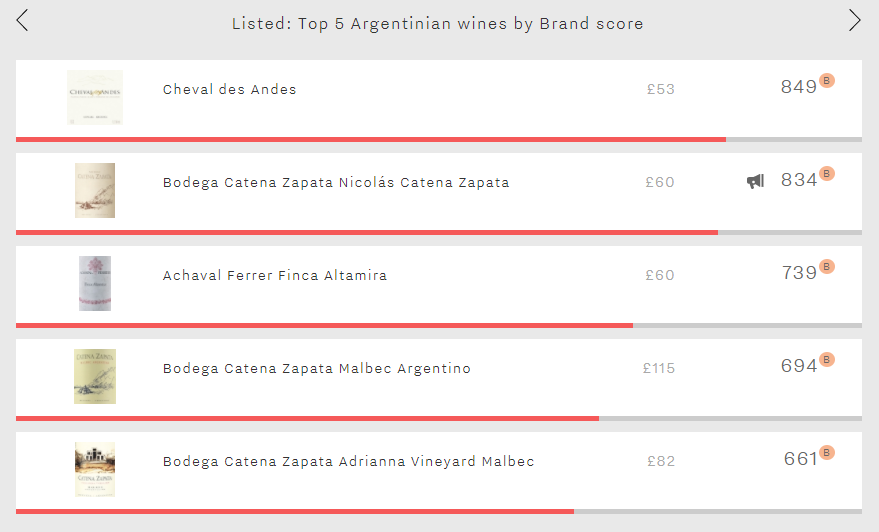 With a Brand score of 849, Argentina’s leading icon is Cheval des Andes. A joint venture between Saint-Emilion heavyweight Cheval Blanc and Terrazas de los Andes, it leads the way when it comes to restaurant presence, featuring on 14% of the world’s top wine lists – its closest rival in that criterion, Bodega Catena Zapata Nicolás Catena Zapata appears on 9% of the same lists.

Nicolás Catena Zapata (834) turns the tables in terms of online popularity. The only Buzz Brand of the group, it receives on average 2,349 searches each month on Wine-Searcher, 27% more than Cheval des Andes (1,853). It also achieves the greatest vertical restaurant presence of the group, with 2.7 listings on average per list.

Nearly 100 points behind is third-placed Achaval Ferrer Finca Altamira with a score of 739. Appearing in 7% of restaurants and receiving 999 searches each month, it achieves its best score in the Brand category, comfortably outperforming its Quality score (581) and Economics score (183).

The last two spots are filled by two more wines from Bodega Catena Zapata – Malbec Argentino in fourth place (694) and Adrianna Vineyard Malbec in fifth place (661). Both receive a similar number of searches each month (744 and 793 respectively), and are visible in 6% and 4% of restaurants respectively.