Insights and news delivered straight to your inbox 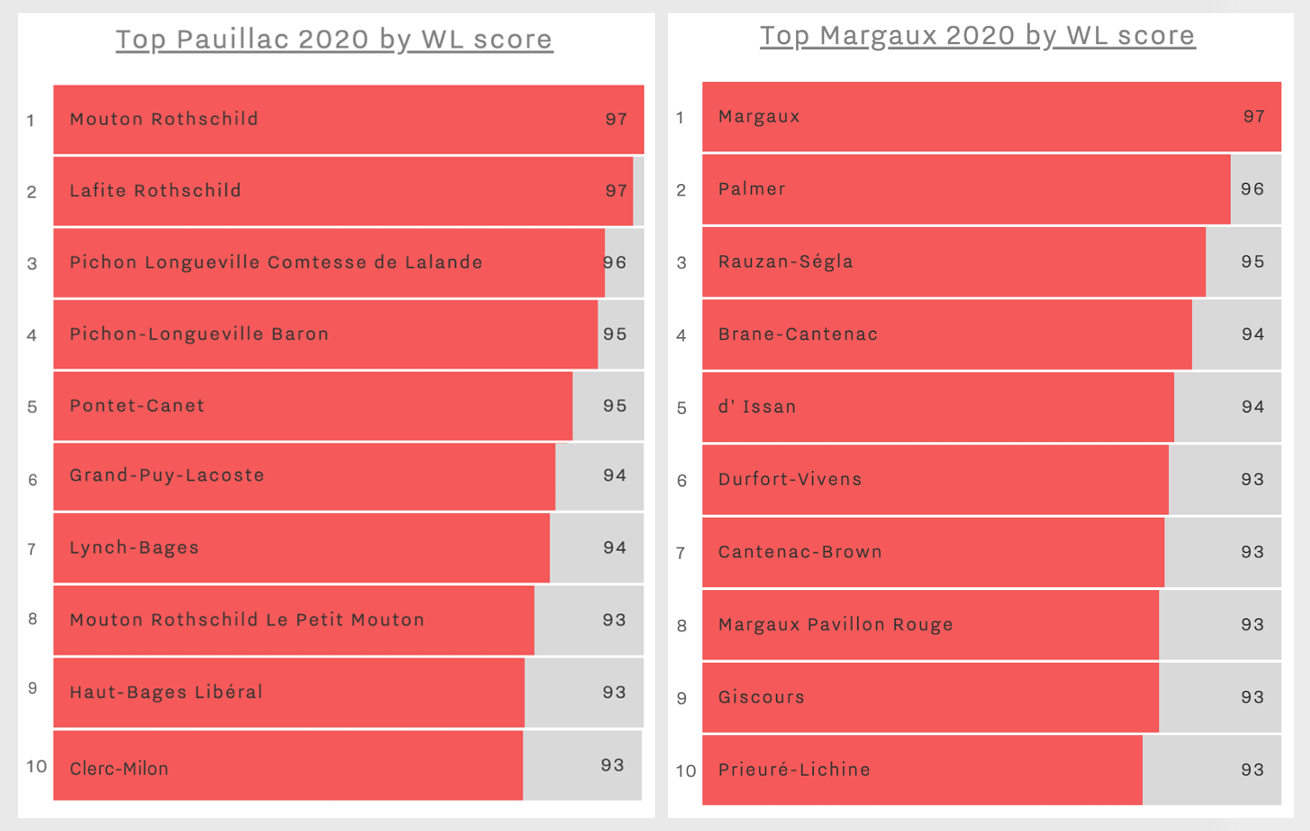 For the third year running, First Growths Mouton and Lafite dominate the Pauillac leader board with a joint WL score of 97. Super-seconds Pichon Comtesse and Pichon Baron follow suit with scores of 96 and 95, while Haut-Bages Libéral has climbed to joint-eighth place in 2020 (from ranking 18th in 2019). As explored in Part II of Wine Lister's Bordeaux study, the estate is one of the top-15 wines to have seen its quality improve the most in 2020, compared to its average Quality score (explore key findings from the study here). 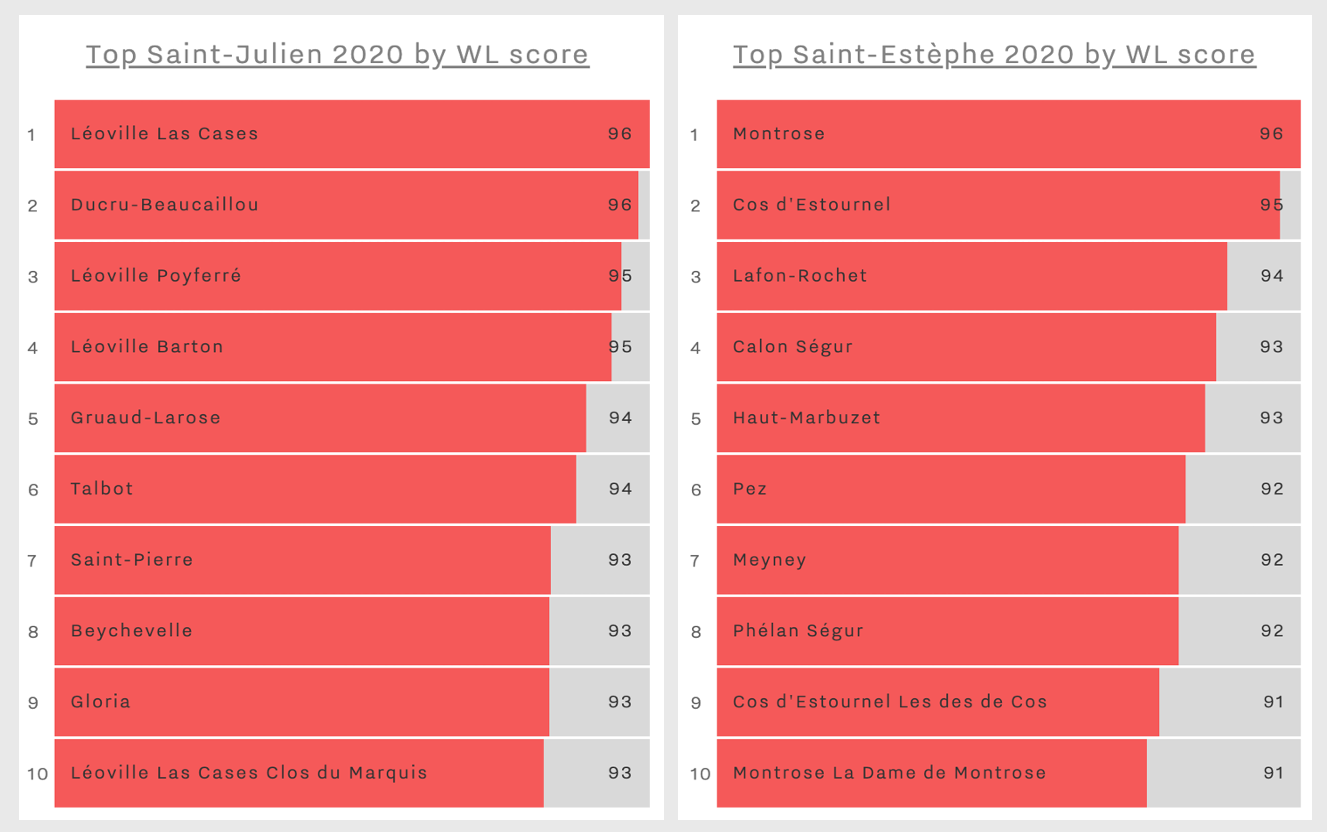 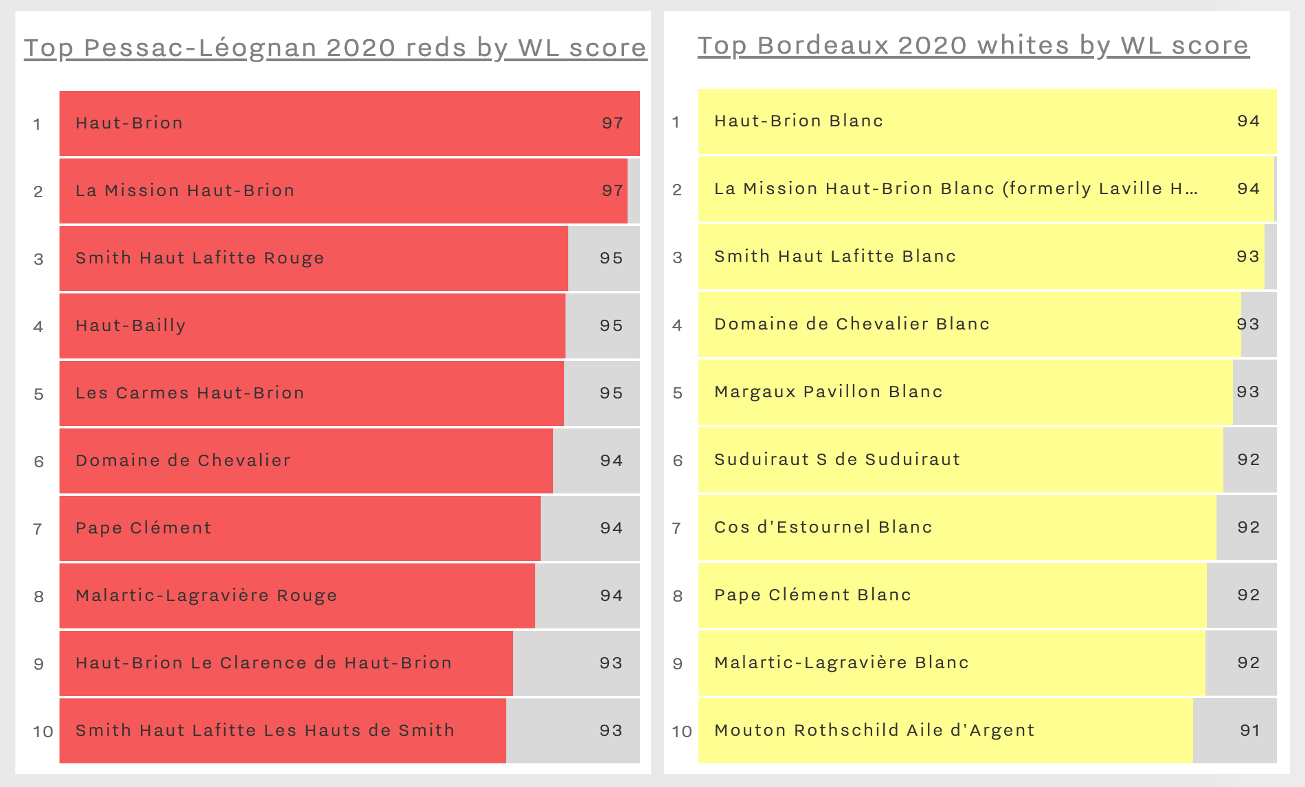 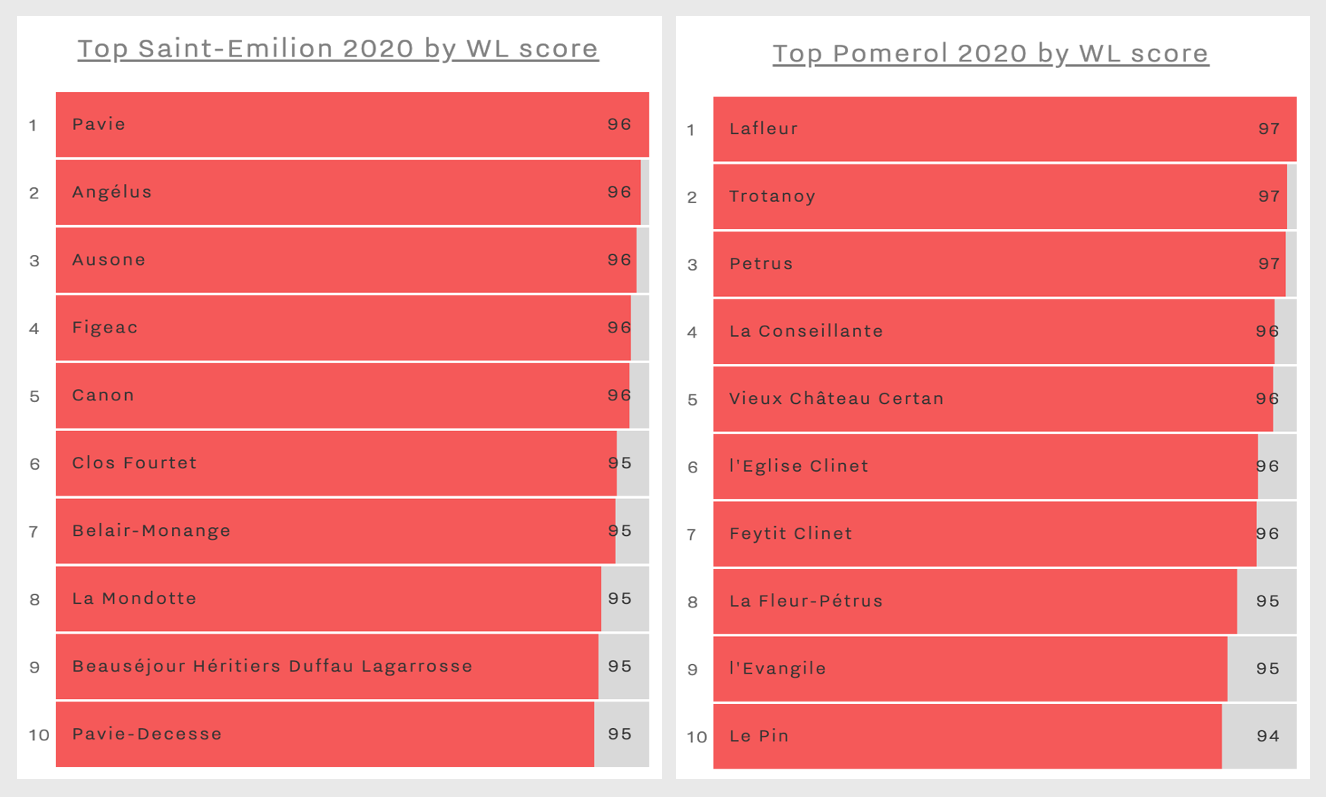 As the only appellation to achieve a significantly higher average Quality score in 2020 than in 2019 (as explored in Part II of our Bordeaux Study), Pomerol takes the top spot for Quality score across all appellations in the latest vintage. Lafleur, Trotanoy, and Petrus share the leading WL score in its 2020 league (97), beating their score of 96 last year. Lafleur 2020 receives notable praise from the few critics who tasted in Bordeaux – Ella describes its mouthfeel simply as "out of this world".

Keep up to date with Wine Lister news, developments, and key fine wine analysis. We will only email you when we have something interesting to say.